With our Spartan Spirit Awards, we celebrate people who embody the key Spartan values of grit, determination, and perseverance. In 2016, at the weight of more than 370 pounds, Heaven Colon failed spectacularly in a Spartan Race and had to be carried off the course. For a period after the race, she felt hopeless, but she picked herself up and got healthy. Bariatric surgery was the first step in Colon's extreme weight loss journey in which she used Spartan to show herself her own strength.

Heaven Colon was desperate. At a point when she described herself as "extremely, morbidly obese," Colon was working a full-time job but also teaching Zumba classes and trying every pill and diet under the sun. The weight just wouldn't come off. Worse yet, she was in pain all of the time. So she tried out for The Biggest Loser (formerly on NBC, now on USA) but didn't make the cut due to a herniated disc. For a lot of people, the story would end right here, but Heaven Colon isn't like most people.

Determined to change her life, she signed up for a Spartan race in 2014. At the time, Spartan had a partnership with the popular weight-loss show, and Colon thought that if she put on enough of a performance in front of the show's previous contestants and producers she could secure a spot. The race -- a Biggest Loser Run/Walk Challenge -- took Colon five hours to complete. But she did it. Better yet, she realized that Spartan was all she needed to achieve her weight loss goals.

Fast forward to today and Colon has managed to lose 200 pounds, has completed a host of challenging Spartan races, and has devoted her life to helping others as both a Zumba instructor and a manager of a young adult out-of-school program. 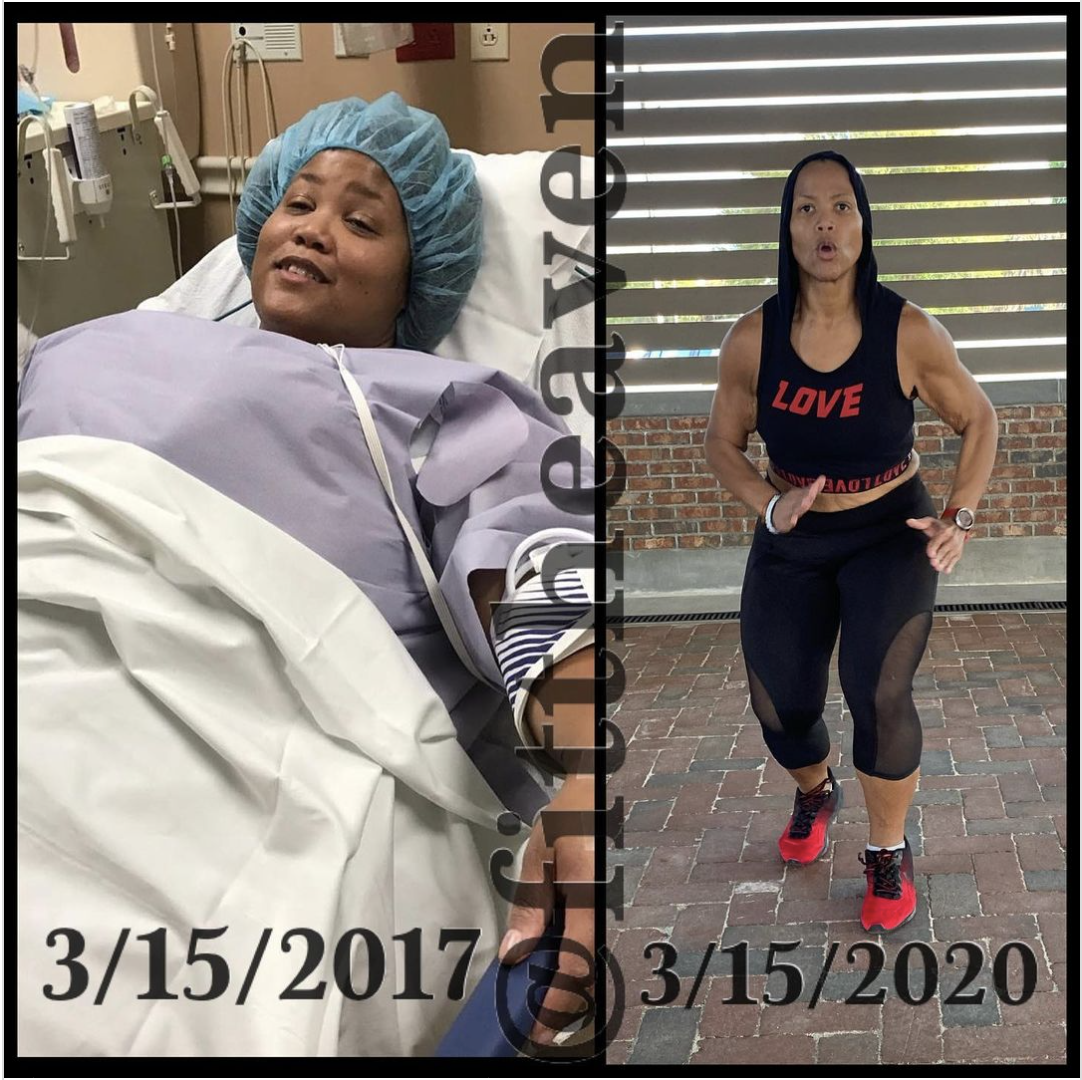 SPARTAN RACE: In 2016, you failed to finish a Spartan beast in South Carolina. How did that experience affect you?

HEAVEN COLON: After I failed that Spartan race, I came home miserable. My weight was debilitating. Plus, that was the year I met my birth father, which stirred up a lot of issues. I was in pure pain, but the pain was my greatest motivator. I decided to take the extreme step of getting bariatric surgery. When I had that surgery, I didn’t want to live. A part of me was hoping the surgery would take me out. Another part of me felt I was not meant to be overweight for the rest of my life and that there had to be a way. When I went home after surgery, I decided I was not going to waste my one opportunity to get better, so I was disciplined and stuck to exactly what the doctor instructed me to eat. I began to lose weight.

__SPARTAN RACE: How did you find the courage to try Spartan again? __

HEAVEN COLON: I thought I was done with Spartan, but my friend Jason Clayton was recruiting people to run for Avery’s Army of Us, a group that raises funds for a girl who has Rett’s Syndrome [a rare neurological disorder that affects the way the brain develops]. Something about that little lady not being able to do it herself made me not quit. I still like to run in honor of children with disabilities. I am part of the I Run 4 community, and I run for a little boy named William Stratton who has severe epilepsy. I donate all my medals, including my Spartan medals, to him.

SR: What was your most memorable Spartan Race?

HC: It was in 2017, the Spartan Beast in my hometown of Mulberry, FL. I went through a lot of trauma and abuse growing up, which resulted in battles with depression and suicide attempts. To be able to go back to that environment, the place where it happened, and conquer a Beast — it was like pushing through the darkest moments of my life and coming into the light. I not only finished but finally earned my first Trifecta there.

HC: I am a Strong by Zumba instructor. This is not dancy Zumba; it’s a program that involves punching, kickboxing, core work, a head-to-toe workout with a movement for each beat. I also do a lot of strength training. I run 5ks on the weekends, and I am starting to do 10ks too.

SR: How much weight have you lost and have you been able to maintain the loss?

HC: I lost around 200 pounds. I had my bariatric surgery on March 15, 2017 and it took a while to lose weight. I have maintained this lower weight for a year.

____ SR: What’s your advice for someone who feels too overweight to try Spartan? __

HC: My best advice is to try, even if you are feeling like you look a certain way. If it tickles your imagination, train for it and go for it. What attracts me to Spartan are the obstacles, which can signify the things in your life that are holding you back. Remember it is your race. All that matters on the course is you finishing what you started.

SR: When are you racing again and what are your future goals?

HC: My short-term physical goal is to build my upper body strength so I can crush the Rope Climb and Monkey Bars because I want to run a race with no failed obstacles and no burpees! My long-term goal is to wear the red band someday and race with the Elite Team.